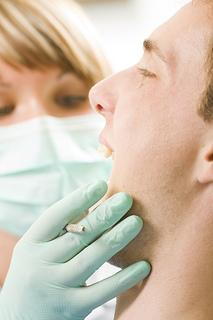 Oral cancer is largely viewed as a disease that affects those over the age of 40, but it can affect all ages, even non-tobacco and alcohol users. Oral cancer can occur on the lips, gums, tongue, inside lining of the cheeks, roof of the mouth, and the floor of the mouth. Our team at Alexander Korwek, DDS, PC recently put together some facts and figures to illustrate the importance of visiting our Watertown, New York office.

Our friends at the American Cancer Society recommend an oral cancer screening exam every three years for people over the age of 20 and annually for those over age 40. Because early detection can improve the chance of successful treatment, be sure to ask the doctor and our team to conduct an oral exam during your next visit to our Watertown, New York office.

Cancer can affect any part of the oral cavity, including the lip, tongue, mouth, and throat. Through visual inspection, the doctor and our team at Alexander Korwek, DDS, PC can often detect premalignant abnormalities and cancer at an early stage, when treatment is both less extensive and more successful.

Please let us now if you have any questions about your oral health either during your next scheduled appointment, by giving us a call or asking us on Facebook.

This website includes materials that are protected by copyright, or other proprietary rights. Transmission or reproduction of protected items beyond that allowed by fair use, as defined in the copyright laws, requires the written permission of the copyright owners.